As part of the Golden Circle Tour, we also visited one of the geysir geothermal fields.

First sights of the geysers. Bubbling. 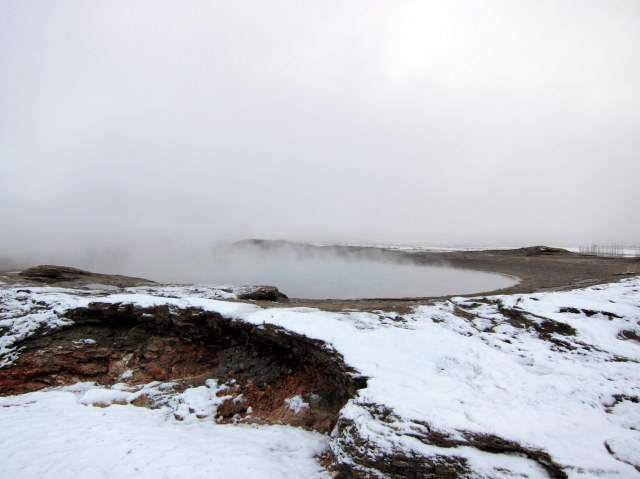 Beings were gathering around, waiting in anticipation for the geysers to erupt! 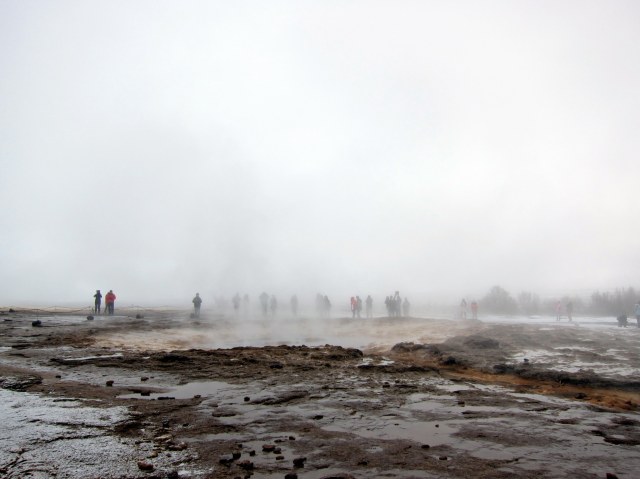 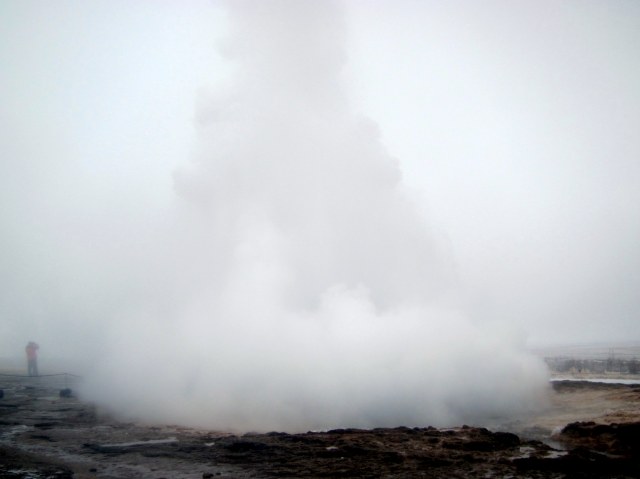 And the cycle started all over, and kept beings excited again and again! 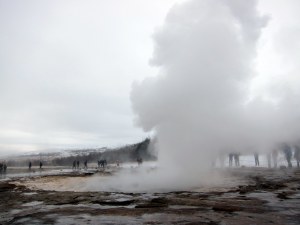 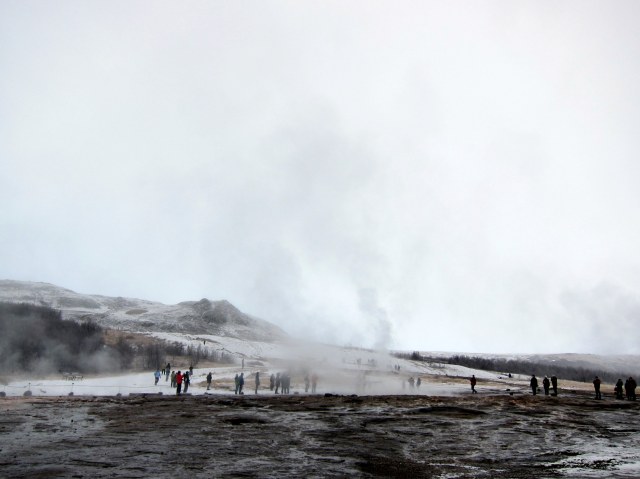 Passed another waterfall. After Gullfoss, it seemed so ordinary. 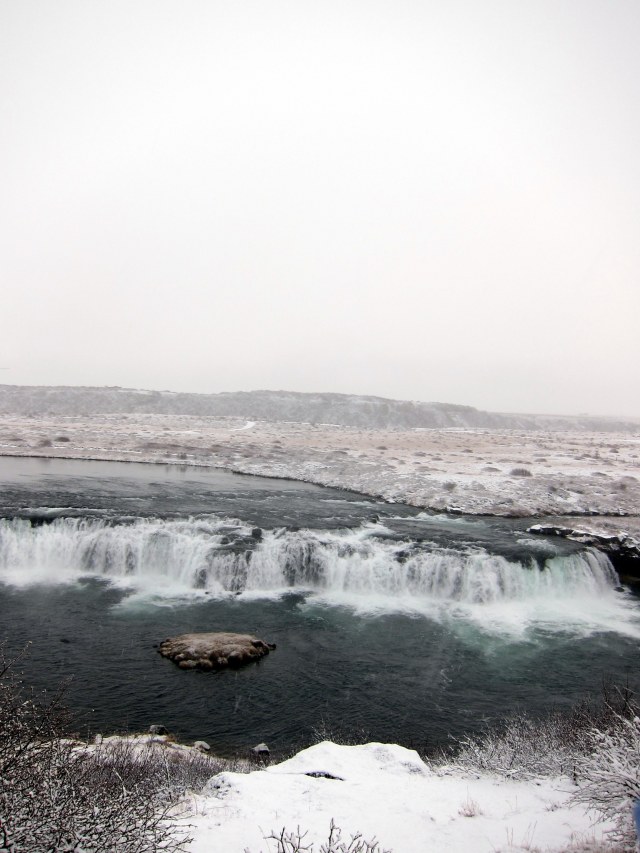 It was snowing lightly that day, and Iceland lalready ooked like a winter wonderland in the middle of November 🙂 Can imagine that it must be beautiful come December!

Passed a church. I read somewhere that most Icelanders are christians, and automatically registered as members of the Church of Iceland. 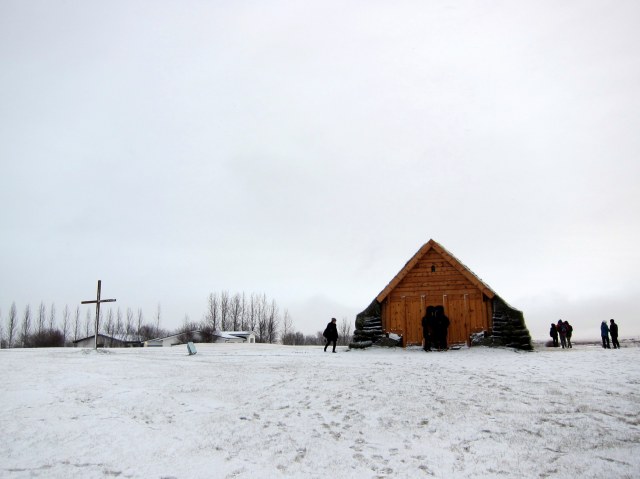 Passed a volcano cradle – dormant I think. It’s the first time I came so near one. Usually I see them from afar. Stunning and kind of surreal. 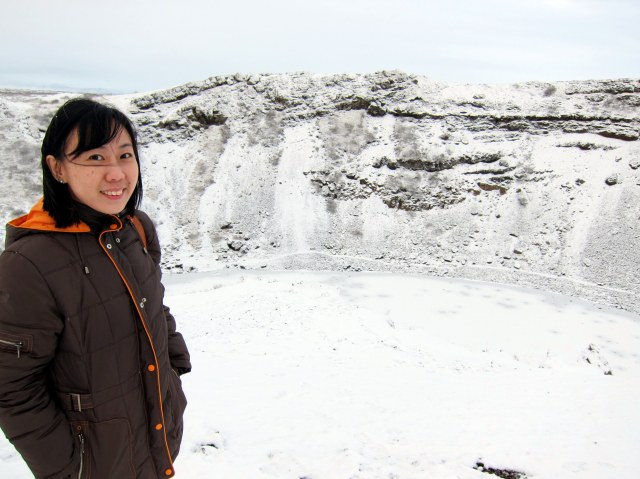 And this marked the end of our amazing Golden Circle Tour!

At our hotel lobby where we waited for the tour buses to pick us up for the Northern Lights tour that night. And no, we did not see the Aurora that night despite chasing it for hours (we were back in our hotel after midnight despite setting off at 7pm! 😦 ). So we had to join the tour again the next day. The good thing was our tickets allowed us to take the tour again and again till we see light 🙂 or until we had to leave Iceland whichever is earlier 😛

And yes, we did eventually see the light which I will press about later. Tonight at midnight, we will bid goodbye to the Dragon year and welcome the Snake year. May the next lunar year be one filled with amazing lights! I have a feeling that it will be a bright one! Happy Lunar New Year, everyone!