Otaru brings back good memories. It was charming right from the moment the train left Sapporo.

I enjoyed the 45-minute train ride along the sea en-route to the fishing port, liked the old-town feel train station and enjoyed the freshest seafood bowl at Otaru Sushi Street.

It was fun (but cold) snapping away at the Otaru Canal which looked great day and night and exploring the shopping street filled with accessories/souvenirs/food.

Its snow festival, simple compared to the ones in Sapporo and Asahikawa (read ‘Hokkaido Highlights: Asahikawa‘), was rich in spirit. I could almost feel everyone in the town putting it together – there were very few frills but lots of human touches. Take a look at the city which came alive with its Otaru Snow Path Light. 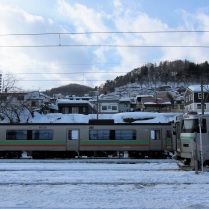 Charmed at first sight by Otaru at the train station. 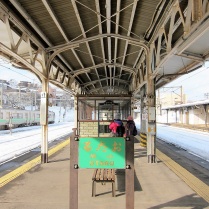 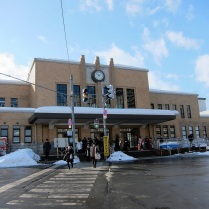 Leaving the Otaru Train Station for the canal area. 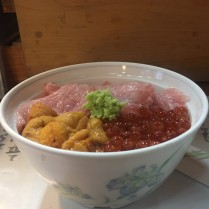 My first and only seafood bowl in Otaru. 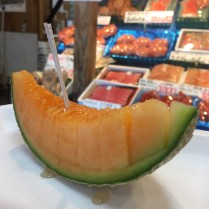 Spotted the famous Yubari Melon in a super mart and finally tried it. 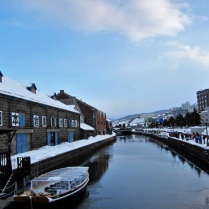 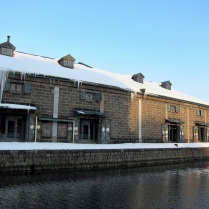 Warehouses from Otaru’s past as a trading and fish port. 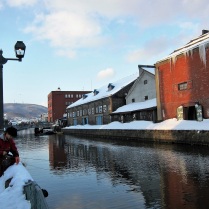 A shot of a volunteer making preparations for the first night of the snow festival. 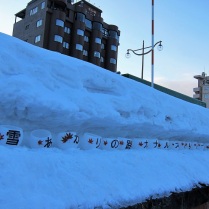 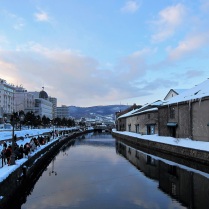 A glimpse of Otaru Canal in the evening. 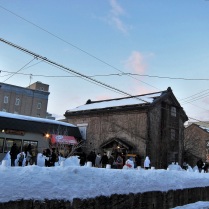 The streets are all ready for the Otaru Snow Light Path – spot the snowmen? 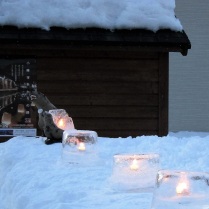 Streets starting to light up for the snow festival. 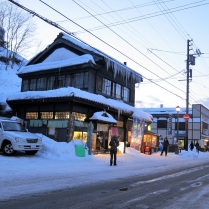 Had fun checking out the shops along Sakaimachi Street. 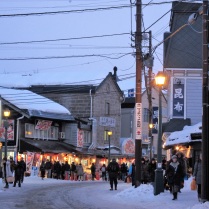 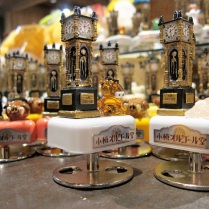 Was too dark to get a picture of the iconic steam clock outside the Music Box Museum by the time I reached the end of the shopping street. So here’s one of the music boxes spotting it! 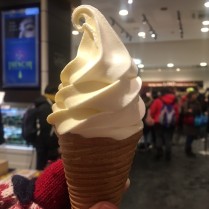 Having an ice cream from Le Tao in winter! 🙂 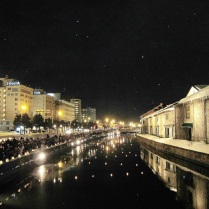 Night view of the Otaru Canal from one end. 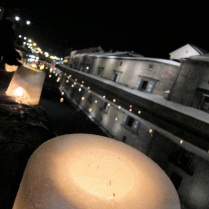 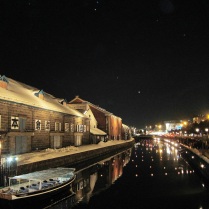 Starry night at the Otaru Canal. 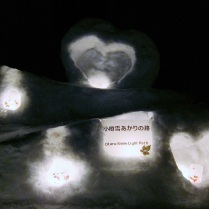 One of the very few photos I took of the Otaru Snow Light Path. The camera/phone batteries drained so fast in winter! 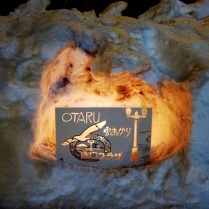 Spotted along the street on the way to take the train back to Sapporo. Good bye, Otaru!

I imagine that Otaru will look very different as the season changes and the snow melts away. Would definitely want to return another day in another season for another long vacation.

Write for a living. Live for travel, run and art.
View all posts by cyndichan →
This entry was posted in Japan, Travel and tagged Hokkaido, Japan, Otaru, Otaru Canal, Travel. Bookmark the permalink.